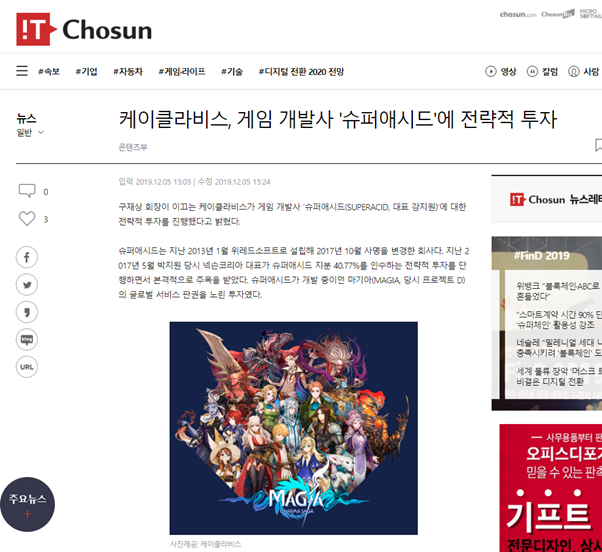 Superacid, led by Jiwon Kang COO of KOK PLAY, firstly came into the spotlight in May 2017 when Jiwon Park CEO of Nexon Korea made a strategic investment to acquire a 40.77 percent stake in Superacid. The investment was to acquire copyright of Magia’s (was called Project D) global service, which Superacid was developing at that time. Nexon's investment amount was estimated at billions.

After years of development, the company released Magia, a mobile side-scrolling RPG (role playing game), but the game went through rise and fall until the launch. Nexon’s domestic publishing(distribution) that was supposed to take the charge of release fell through. However, Superacid is now known to the world and earns popularity with the domestic release of Magia from KOK PLAY.

Magia ranked first in the popular chart within just 30 hours of its release, and still maintains fifth place on the popular chart by ranked No.1 three times in rapid rise chart. As a rare side-scrolling RPG that combines delicate fairytale graphics with solid scenarios and diverse game content, Magia has a high rating of 4.5 and exceeded 300,000 downloads.

The bold investment that chairman Jae Sang Koo of KClavis, mythical figure in fund investment can be considered as the best move at the perfect timing.

Industry official explained the intention of chairman Jae Sang Koo of KClavis regarding the investment in Superacid by stating “KClavis invested at the time when the game development has been completed, which the game performance and future business potential has proved. The investment may seem to have great potentiality in various aspects, including business diversification and future potential in the overseas market unlike the time of Nexon’s investment.” Most of all, the official carefully predicted that result of investment may differ from the result of Nexon by considering adventurous tendency of chairman Jae Sang Koo.

'KOK PLAY', which successfully led the release of Super Acid's Magia, expressed with the confidence that "regarding the investment of KClavis as the start, many games that released from ‘KOK PLAY’ will receive explosive response in the market.”

With the investment of KClavis, many game companies are eager to enter global game market via KOK PLAY. 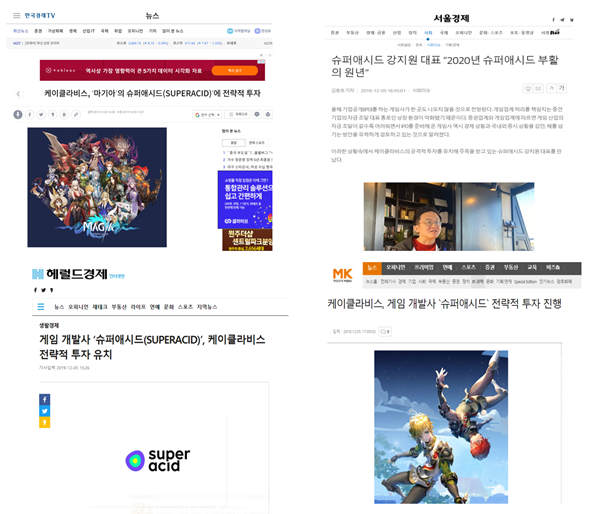 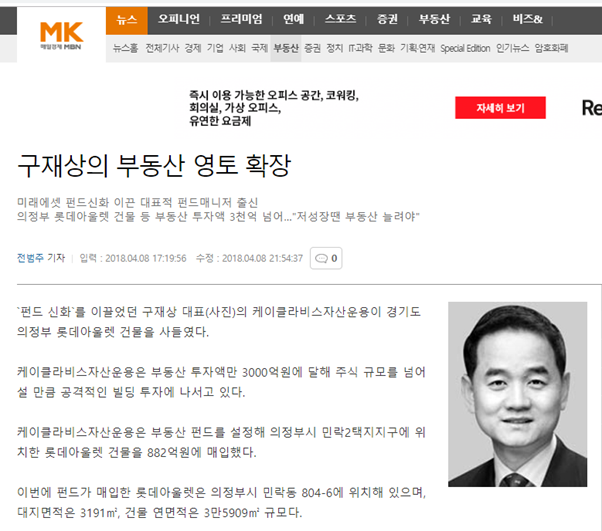 Jae Sang Koo is known as ‘Mr. Fund’ as the leading figure in the success of Mirae Asset by rolling 70 trillion won in equity fund. Chairman Koo is also the founding member of Mirae Asset with the chairman Hyeon-joo Park of Mirae Asset Daewoo.

KClavis Asset Management has made aggressive investment in building, which exceeded the investment size of stocks, by investing more than 300 billion won alone in real estate in 2018