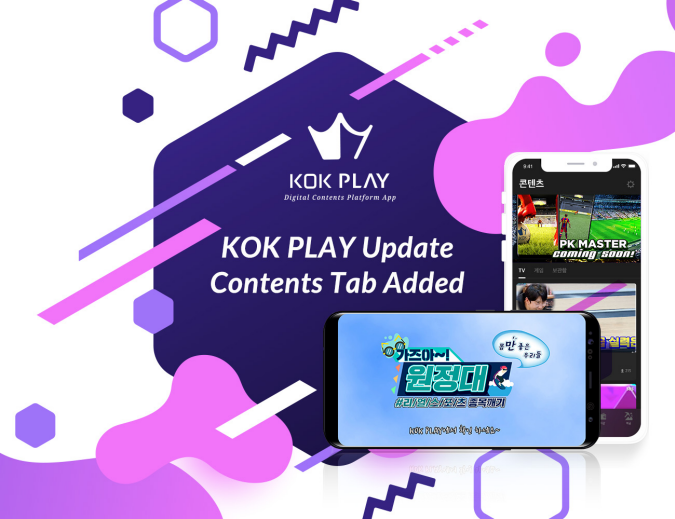 The contents tab has been added to the bottom menu of the KOK PLAY.

The newly added content tab consists ‘TV’ section and ‘Game’ section. Various entertainment programs and dramas can be viewed in the ‘TV’ section of KOK PLAY.

Diverse contents will be uploaded in the TV section, including K-drama, entertainment, movies, and celebrity self-cam in the future.

The global influence of Korean Wave is getting stronger over the years.

Various contents including K-pop, a representative content of Korean Wave, K-drama, and entertainment will be easily accessible to the world via KOK PLAY.

In addition, KOK PLAY will be a platform that can be conveniently enjoyed on all mobiles by people around the world providing not only Korean Wave contents, but also popular dramas and movies overseas.