It's already been a week since the PK Master released!

Many people gave us a hot response.

As a result, 1.2 million cumulative shots have been made in the past week!

Let's take a look at the play history of the past week! 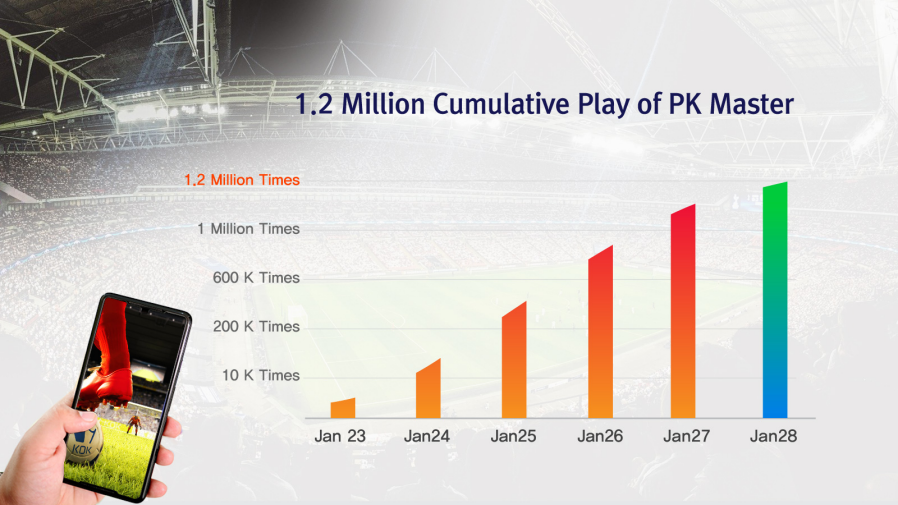 As I mentioned earlier, a total of 1.2 million shootings have been attempted so far.

On January 28, the number of shots surpassed 1 million. The user who play the most achieved about 8,000 shots, which is nearly 1100 shots every day. 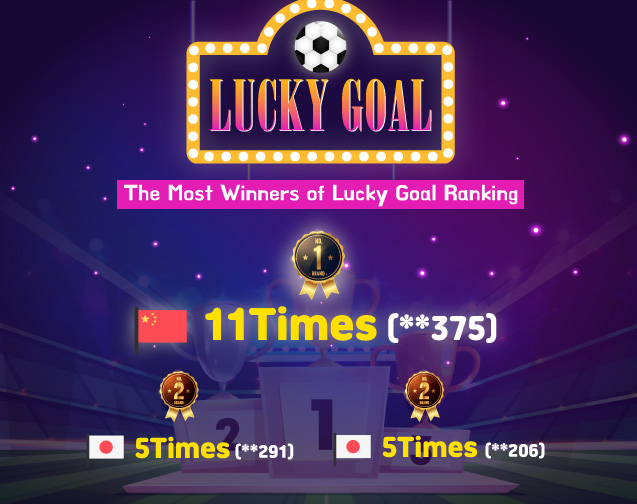 And the beauty of the PK Master! Lucky Goal!

The records the most goals (King of King, HUGE) is by a Chinese user who won 11 times.

Japanese users who won 5 times both placed 2nd and 3rd 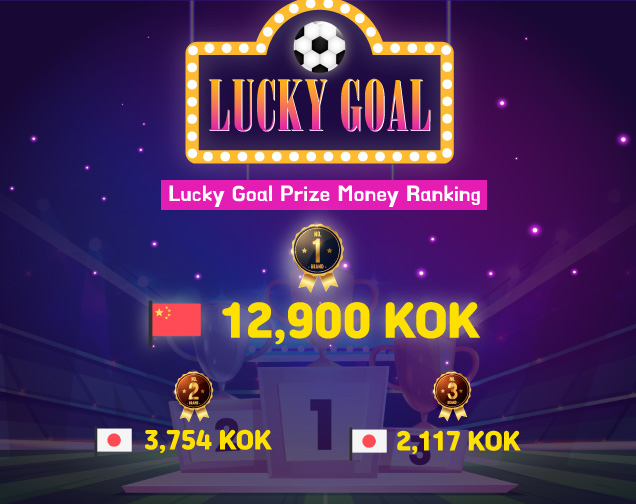 Finally, shall we look at the prize money from Lucky Goal?

The biggest winner is …….

PK Master is growing day by day with your passionate support.

In return of your support, we prepared a free-ticket event.

From January 30 to February 2, you can receive up to 3 free tickets, unlike only one free ticket was previously given per day!

Big Chance to be the lucky star! Do not miss it!

(Please check the notice for details.)