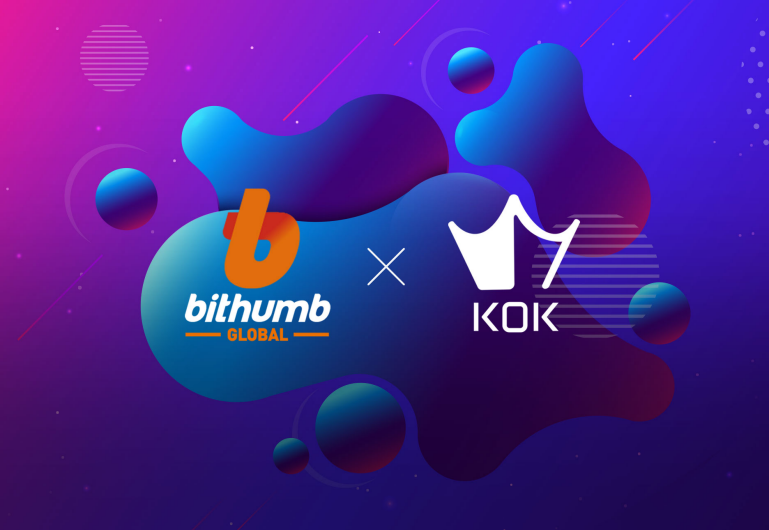 'KOK PLAY' will be listed on Bithumb Global.

Many projects are currently traded in Bithumb Global, a well-known exchange to be listed before the listing on Bithumb Korea.

‘KOK PLAY’ has been promoting this Bithumb Global listing to expand the global trading of KOK Tokens.

‘KOK PLAY’ plans to provide an additional environment where globally distributed users can trade more conveniently in the future, while also gain recognition of ‘KOK PLAY’ from users on the exchange to increase its value.

With the listing on the Bithumb Global Exchange, the contract has been upgraded from the existing contract to a new contract to enhance security.

‘KOK PLAY’ has steadily performed including game launching of Hotel King and Magia, listing on global exchanges, and launch of shopping mall on ‘KOK PLAY.’

We will continuously show even greater performance.