In just four days after the pre-registration of Google Play in Japan, the number exceeded 50,000. In addition,

nearly 200,000 users joined in pre-registration in a month, showing intense interest of ‘Magia’ in Japan. In total, it has surpassed more than half a million downloads worldwide, including pre-registration. 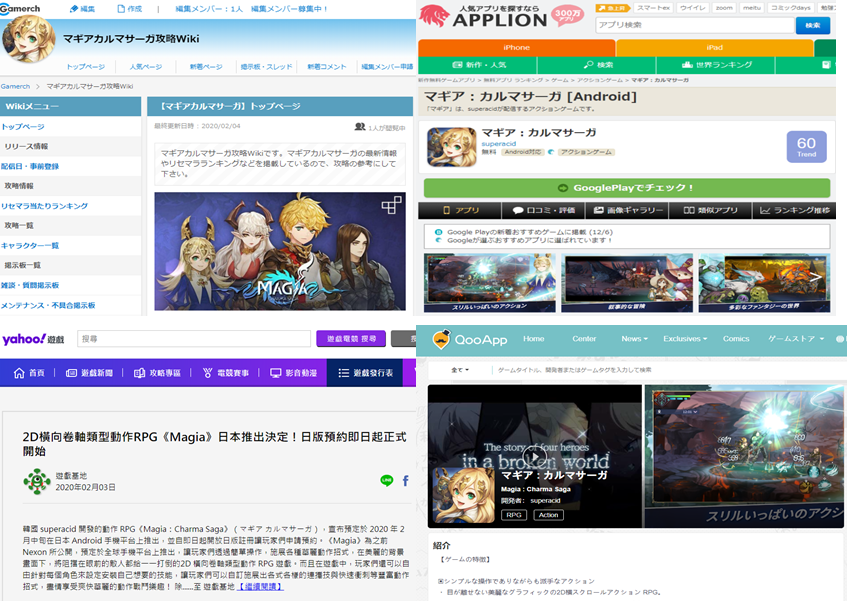 Additionally, many media in Japan has reporting the release of 'Magia' day after day, expecting its high chances of success.

'Magia,' which ranked top on Google Play's popularity chart only after 30 hours of its release in Korea for its fairy tale-like graphics with unique game playing elements, is expected receive tremendous reaction from Japan.