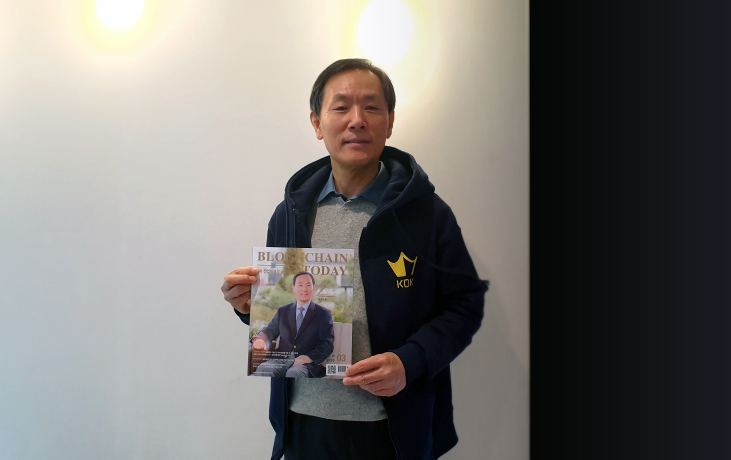 Young Choe CTO of KOK PLAY was chosen as the cover model for March of ‘Blockchain Today,’ the most prestigious blockchain magazine.

After he graduated from Seoul National University with a bachelor of nuclear engineering, he earned master’s degree in computer science and Ph.D. in computer engineering at North Carolina State University in the United States. CTO Young Choe also served as a director of Samsung Electronics, an executive director of SK Hynix, a research director of Nvidia in the United States. Additionally, he has serving as a director of Korean Blockchain Industry Promotion Association and plays an important role not only in IT but also overall blockchain industry in Korea and all around the world.

In the interview with Blockchain Today, he talked in depth regarding blockchain and cryptocurrency, which emerged as the core of the Fourth Industrial Revolution. In addition, he further explains the responsibilities and roles of KOK PLAY within this environment.

For more interview details, please see the link below.