The largest blockchain expo in Korea, featuring the latest blockchain technology and services, opened on October 16 at COEX, Samsung-dong, Seoul. At this expo, more than 300 domestic and foreign companies participated and introduced a large number of cases that applying blockchain to various fields such as public, enterprise, fintech, content, and energy under the theme of 'Real Value.' 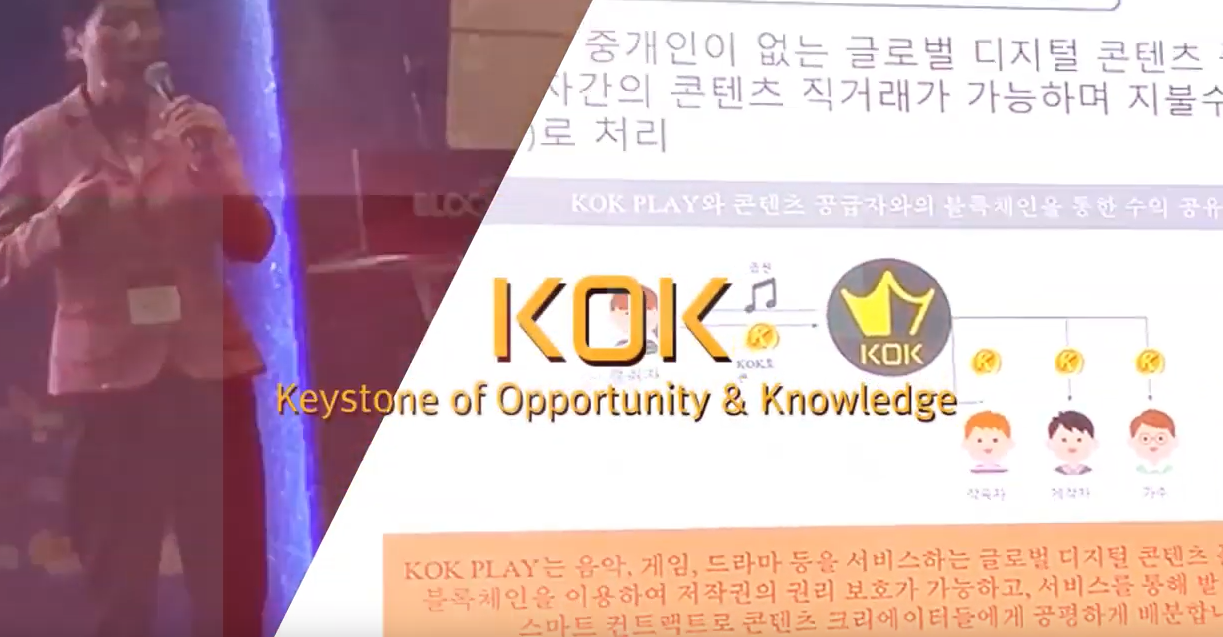 At the Expo, KOK-PLAY introduced music, games, dramas and other services that it provides. In addition, KOK-PLAY was presented as a media platform to play a major role in the future by providing a new paradigm for transparent operations, such as protecting copyright rights by using blockchain and distributing revenue generated by services to creators via smart connect.

More than 300 companies and 20,000 visitors participated in this expo, which has grown in size more than last year, showed that the fever of the blockchain has not cooled down. This expo is characterized by constructing the exhibition hall in order to allow visitors to see the current blockchain industry trends at a glance.