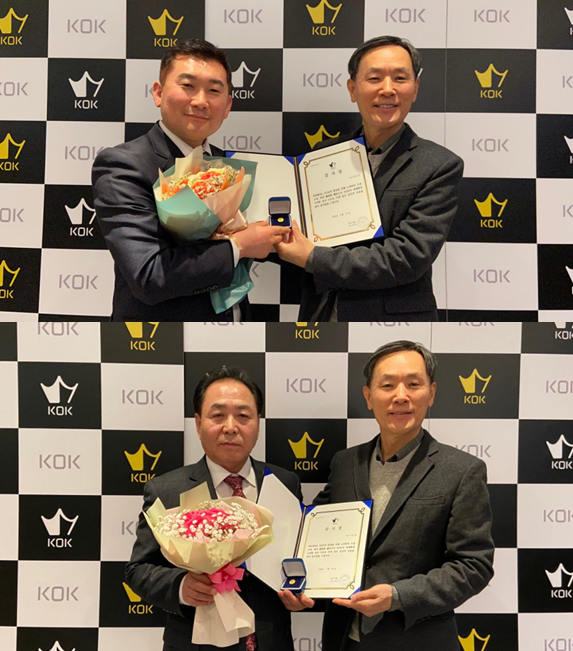 The fifth and sixth frontiers who achieved five-star of the dream appeared already!

They are Bogun Kim and Seongrok Lee frontiers!

To celebrate their efforts, we held the celebration ceremony.

Now, the five-star badge became a symbol of KOK.

KOK Platform will continue to develop in order to provide more benefits to those who contributed in the beginning.