KOK signed MOU with Tenspace. The MOU is regarding KOK Token being recognized as a financial asset with major coins such as Bitcoin and Ethereum and provided as a mortgage loan for AI Loan. 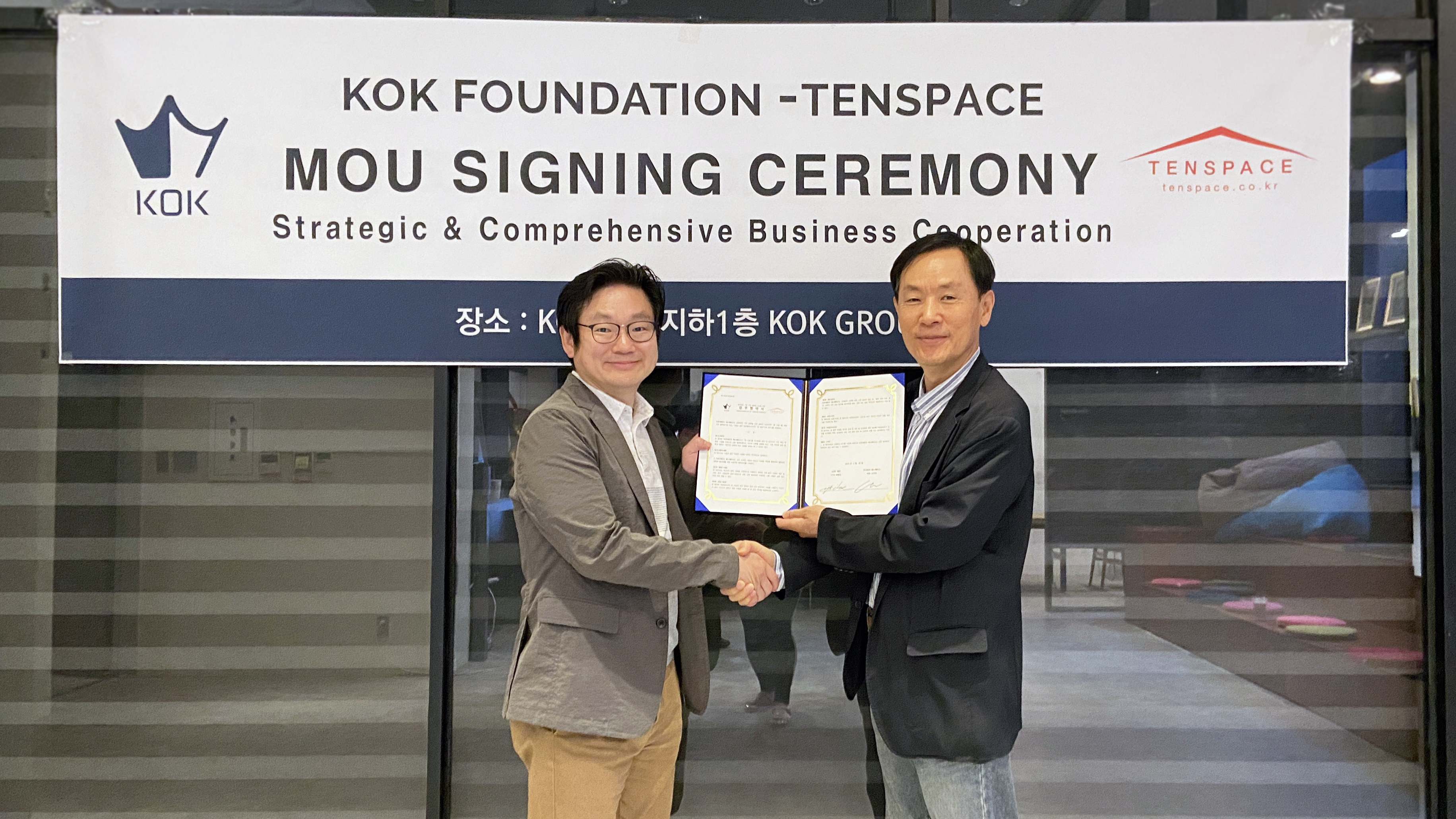 http://cnews.beyondpost.co.kr/view.php?ud=202006021805181553992c130dbe_30
[Full article]
KOK signed MOU with Tenspace and KOK Token is being recognized as a financial asset with major coins such as Bitcoin and Ethereum.
Tenspace developed AI Loan which is an innovative fin-tech product that measures credit rating even by analyzing posts and relationships diagrams on SNS that goes beyond the limit of identifying lender’s credit status only through documents in the past. With this development, Tenspace is the only Korean leading technology innovation company to be listed on the "2020 Cool Vendors in AI in Banking and Investment Services" selected by Gartner, an IT research company.
KOK PLAY, which was first launched in September 2019, has secured more than 200,000 members in 50 countries around the world, continuously proving the global interest in global K-contents and the success of blockchain-based cryptocurrency content platform.
KOK Token, which listed on ZBG at $0.17 in January, shows a steady rise in price. It was listed on Bithumb Global at $0.35 in March, recording a price increase of more than 200%. Currently, KOK Token has maintained around $0.24 and is actively traded by showing an average daily trading volume of 2~3 billion won.
This implies that unlike other Altcoins that simply are traded after listing on the exchange, KOK Token presents the possibility of becoming a major coin by growing into a real-life-oriented coin used for consumption of various Korean Wave contents such as games, entertainment, and shopping malls in KOK PLAY, a global contents platform.
In fact, after being listed on the major exchange one after the other, the token received attention from the financial sector by showing a steady rise in prices. In addition, it is recognized as an actual asset by the financial sector in a position equal to major coins such as Bitcoin and Ethereum through the AI Loan service.
KOK officials stated that “we are receiving various proposals from the financial sector for KOK Token, which the prices have been steadily rising since the listing on ZBG and Bithumb Global. As we are also preparing for listing on a larger global exchange, we will try to make a good collaboration case with major foreign financial institutions.”
Download Whitepaper