Due to the government's strong real estate regulation policy and the real economic recession due to Coronavirus crisis, apartment prices in three districts of Gangnam, Seocho, and Songpa have begun to decline. However, the price of 'Hotel King' by KOK PLAY keeps rising rapidly.

Only three weeks ago, the Malibu Hotel was worth 2,800 KOK and the Maymond Hotel was worth 6,500 KOK. It started to rise and now the Malibu Hotel is worth 3800 KOK and the Maymond Hotel is worth 12,000 KOK(as of June 9). Given that the three-week price of the KOK Platform rose from $0.15 to $0.17 after the halving, the real rate of increase is even higher. 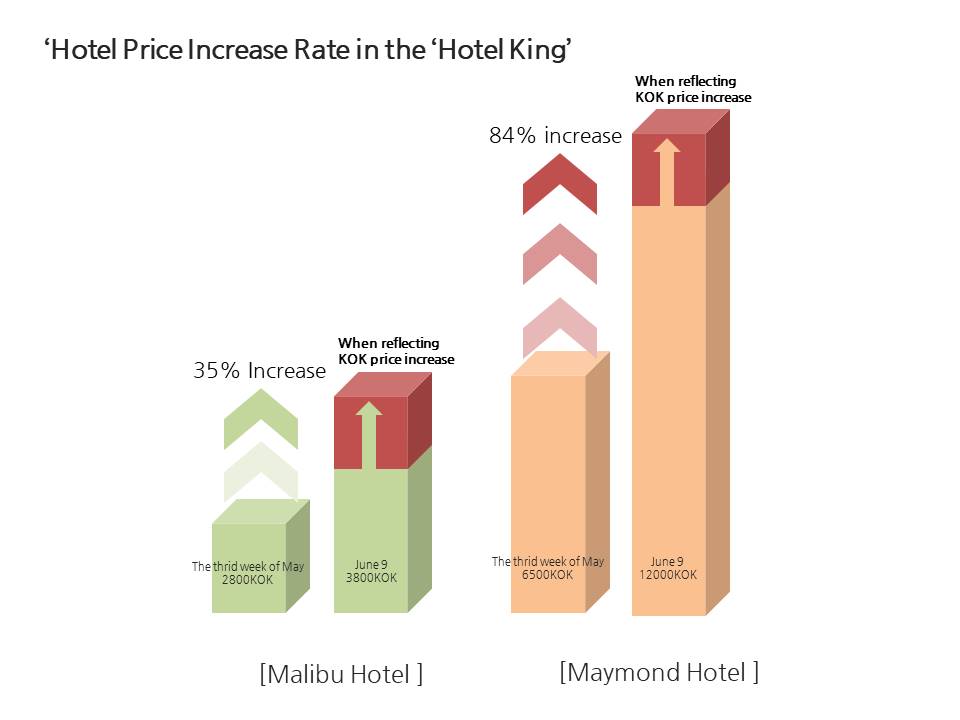 With the emergence of many five-star, financial news including AI Loans and FX trading, and optimistic news such as halving affect the rapid increase of KOK Frontiers. In addition, the real estate price in the Hotel King, which is in the relatively limited number, is rising quickly.
It is expected that the interest in KOK and Hotel King will increase even more as great news await, such as VR city, content major update, white paper update, which the KOK development team is preparing for.
Hurry up. There is not much space left for Hotel King.
Download Whitepaper