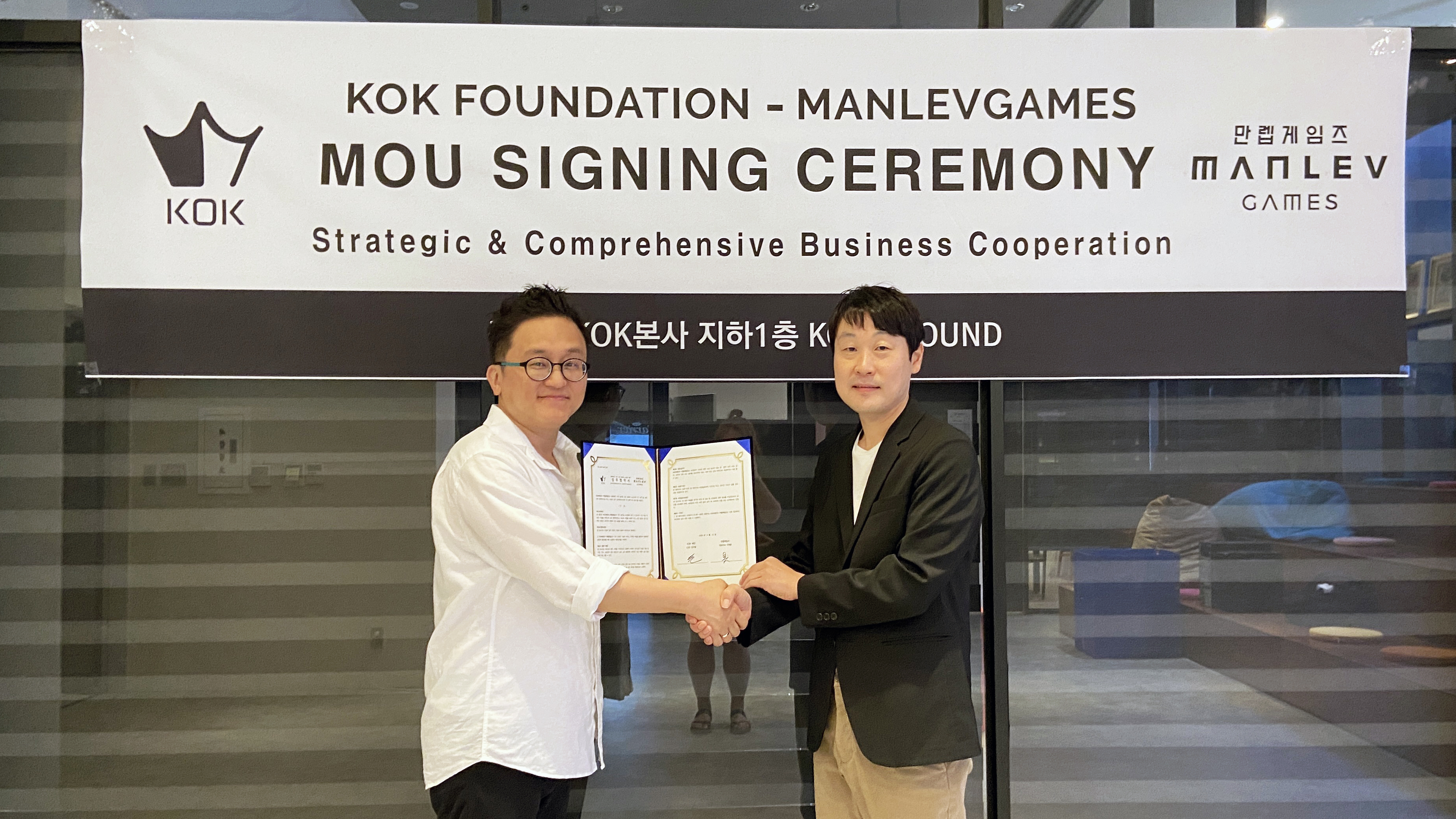 KOK has signed an MOU with global game developer Manlev Games to accelerate the expansion of game content within the platform.

In particular, the MOU was directly covered by 'Display Games', a traditional game webzine equivalent to the nation's top three major media companies in Korea. KOK is stimulating a new breeze in the game industry through its combination with blockchain, as it is mainly introduced in a well-known web magazine that has provided the most reliable news among domestic game magazines.

New games are also scheduled to be released along with currently supported games such as Magia Charma Saga, Hotel King, City Tour, 2048, PK Master, and J88. Please look forward to the release of new games!

The KOK Foundation (hereinafter referred to as the "KOK") has signed a global business agreement with Manlev Games (hereinafter referred to as Manlev) regarding the game development and service of multi-platform based on the blockchain. Manlev is a promising game developer specializing in RPG established in 2013. The company has been cooperated with global companies as well including Mobirix, Hanbit Soft, DMM, etc.

Through this MOU, various platform-based game titles of Manlev will be serviced on ‘KOK PLAY,’ a blockchain platform of KOK. In particular, <Summon Rush> is a popular title that well-received not only in domestic but also in abroad, which the overseas’ sales exceed 40 percent of its total sales.

‘KOK PLAY,’ which has the objective of becoming a global comprehensive content platform, is especially well received in the game sector. These favorable reviews are attributed to the discovery of competitive games that can appeal to the user of ‘KOK PLAY’ regardless of the genre such as <Magia Charma Saga>, which recorded 600,000 global downloads, and <City Tour 2048>, which was featured in 168 countries in the App Store. It has a higher payment rate and user loyalty compared to other platforms, receiving constant inquiries from not only domestic but also overseas developers.

Meanwhile,'KOK PLAY, which has been focusing on the game service business, is expected to concentrate on securing its own content like Netflix by expanding the business scope through game production and platform diversification from the second half of this year. The aggressive move of 'KOK Play' is expected to draw more attention as social distancing is required more common due to COVID-19 and the demand for content is higher than ever.