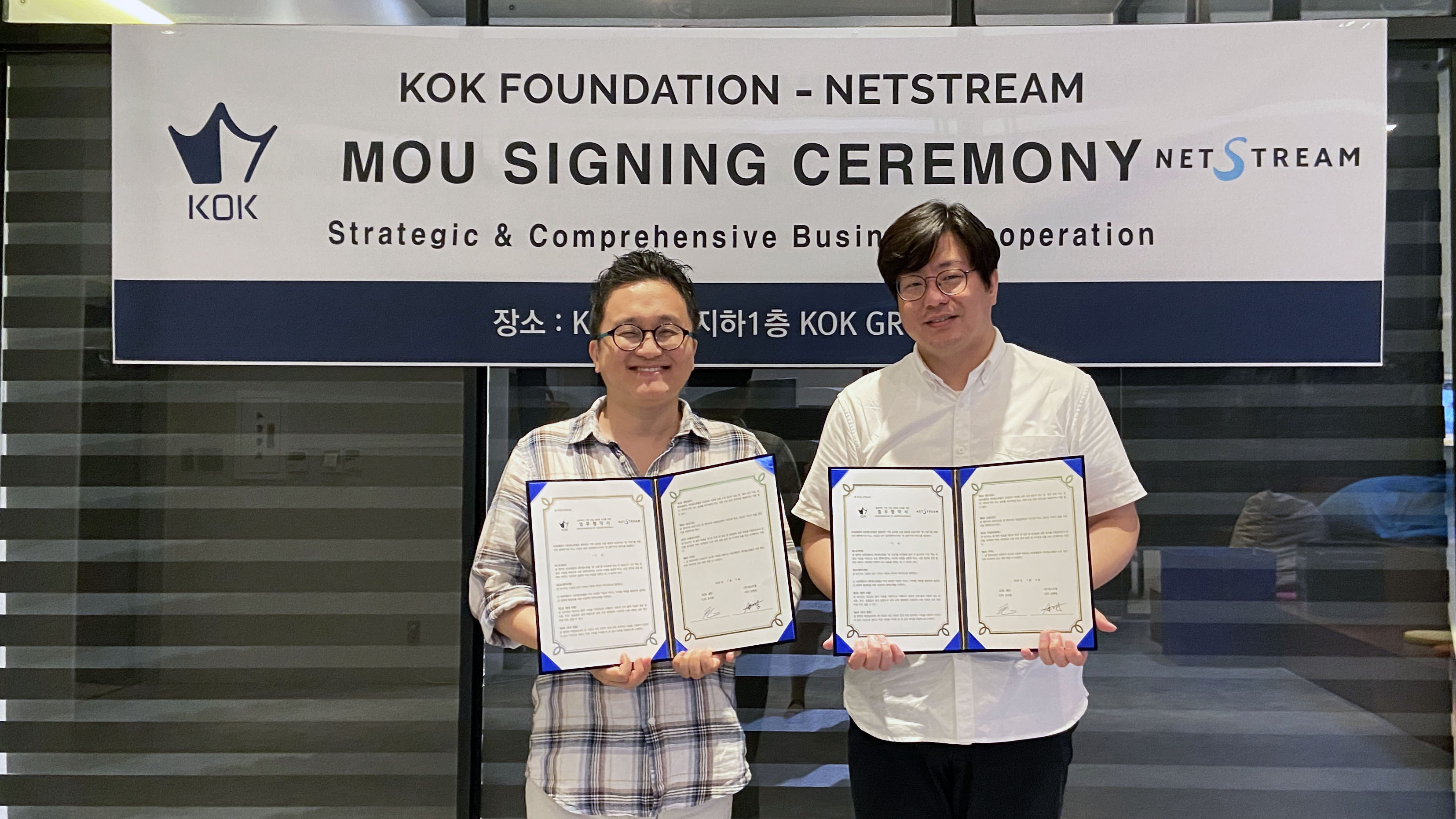 KOK PLAY signed an MOU with Net Stream, a blockchain-based game developer, to speed up the process of creating a game that can be paid right away using KOK Token.

As the size of the global game market is gradually increasing, the UK game industry media predicted that the size of the game market will reach about 19 trillion dollars this year. Especially in the game industry, 'combination of blockchain and game' is emerged as a hot topic. As you can see from this MOU, we will always be a fast-moving platform by grasping the recent trends.

Please read the article below for more details.

KOK Foundation signed a MOU with Ne Stream (CEO Hyun-tae Sang), a blockchain-based game developer, regarding the development of mobile games to be serviced in KOK PLAY and set a full-scale business to popularize KOK PLAY.

Net Stream is a promising startup as a game developer that develops blockchain-based DApp games. It has selected for the "Preparation Entrepreneur Support Package Project" and the "Seoul Campus Town Project" hosted by the Ministry of SMEs and Startups. Based on more than 10 years of development experience in leading domestic game developers such as Neople, Actoz Soft, and Neocyon, it is attracting attention to create a new wind of change in the blockchain ecosystem.

The games that Net Stream will provide for KOK PLAY are expected to appeal to users for its easy operation and cute graphics is similar to the variety of Clicker games, including hyper-automation RPGs called "The Soldier Is Transforming (provisional name)."

Since the blockchain-based game called "CryptoKitties'' had great success in 2017, blockchain games have been pouring in. However, none of the games achieved real success due to the obstacle that users can only start the game if they had a cryptocurrency, wallet, and private key. In addition, game developers also were burdened with additional costs such as blockchain system development and marketing.

The KOK Foundation identified the imbalance in the blockchain game market and developed a globally integrated content platform called KOK PLAY so that KOK users around the world can enjoy various digital contents, including not only games but also movies, webtoons and TV content. In particular, KOK PLAY supports ERC20-based KOK Tokens, making it easy to convert other platform-based digital contents such as Android, iOS, and Windows into KOK Platform.

Taking advantage of KOK PLAY platforms, the KOK Foundation is expected to actively pursue diverse digital content businesses, including securing content exclusively for KOK PLAY as well as transplanting game content that already in service from other platforms.