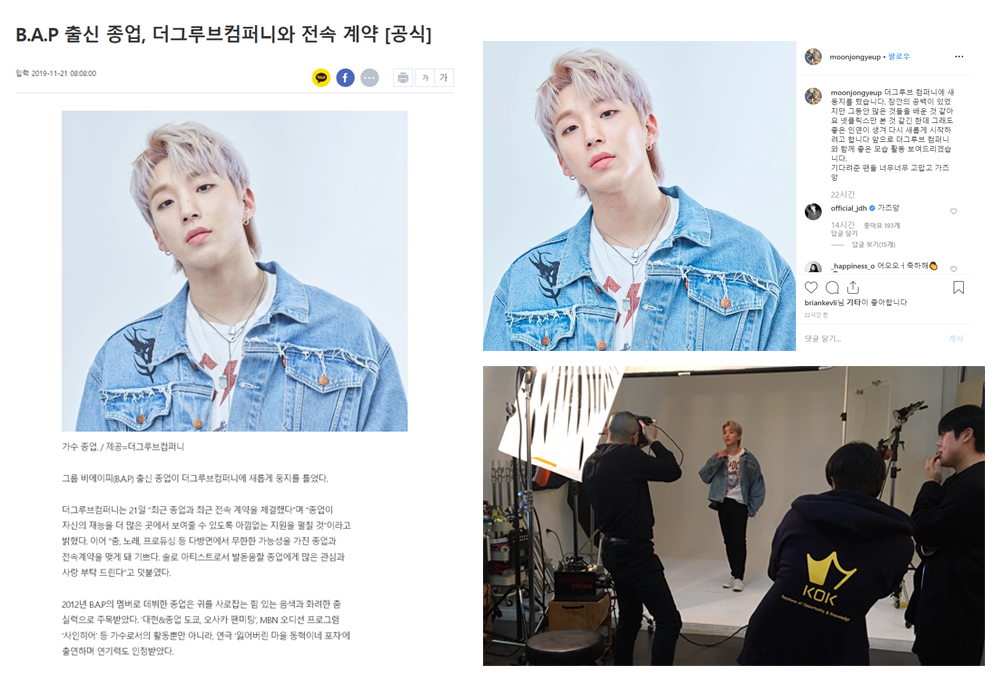 The Groove Company, as a branch of producing various cultural and art contents with KOK, has engaged in various activities such as record production, drama, and web entertainment. The Groove Company stated on 21st that “We recently signed an exclusive contract with Jongup,” and “we will fully support for Jongup to show his talents to flourish in various areas.” Jongup also expressed his opinion through the agency that “I’m glad to introduce myself as a solo artist and plan to expand my activities to various music, performance, and others. Thanks to the fans that waited and supported me with belief.” He also announced that he is preparing a solo album in March next year with KOK PLAY-the Groove Company. KOK PLAY expects to further expand its influence on the record and entertainment industry.