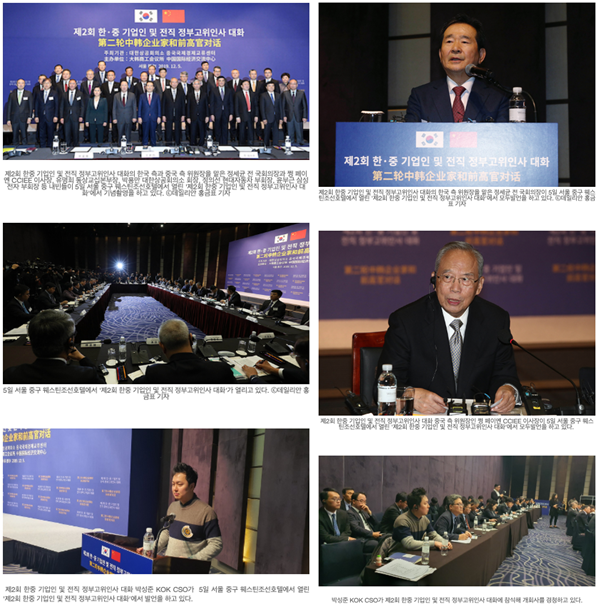 Chairman Sye-kyun Chung stated through greeting that "Korea-China economic cooperation has served as the backbone of the bilateral relations and a support for the overall relationship,” and “there are still a lot of areas to cooperate, such as trade and investment, new industry growth, and joint entry into third countries."

Furthermore, he emphasized that "in particular, constructive exchanges between the two civilian sectors are important to realize economic cooperation. I hope this dialogue channel, which is the permanently established network, will take the lead for the stable and colorful development of civilian exchanges."

The Chinese official stated that “there is nothing more important than free trade at a time when the protectionism emerges. I hope that the two countries will cooperate to overcome the risk of uncertainty in the global economy based on their long-standing and amicable relations.”

Moreover, Myung-hee Yoo, minister for Trade of Ministry of Trade, Industry and Energy, delivered a congratulatory speech at the dialogue.

Mister for Trade, Myung-hee Yoo, suggested to “promote the qualitative growth of the bilateral trade structure and firmly establish a free and fair trade order in the region. Furthermore, two countries will respond jointly to the Fourth Industrial Revolution and expand the horizon of cooperation in the new industry and energy sectors.”

Meanwhile Sung-jun Park, CSO of KOK PLAY, conducted in-depth networking with many entrepreneurs and government-related officials during this dialogue. He attracted a lot of attention from the same industry by being reported in various media as the only startup executive to attend and speak during the dialogue, which only the leaders of large corporations are allow to attend. 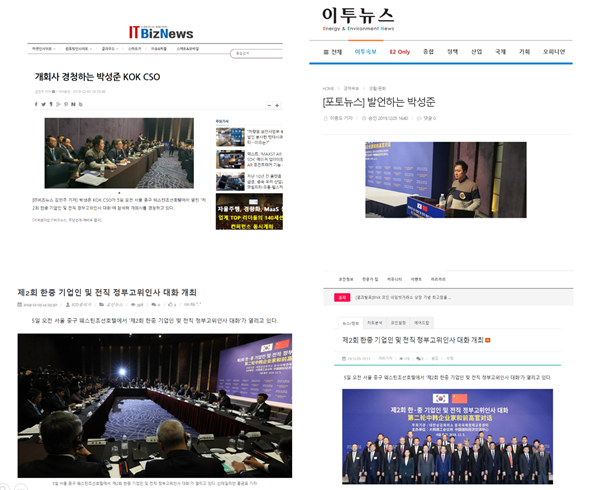